Happy Tuesday. This is NGOCN's seventh weekly newsletter. We are covering the chaotic scenes at Kabul International Airport, women and girls in the Taliban-led Afghanistan, and other news that happened in Chinese society.

Chaos, fears, and desperation: Afghanistan after the Taliban takeover

It has been over a week since Afghanistan fell to the Taliban.

Kabul International Airport, currently almost the only route out of the country, has seen days of chaos since the Taliban swiftly took control of the capital on August 15.

Videos circulating widely on social media showed hundreds of people pouring into the tarmac of Kabul's International Airport, forcing their way onto any airplane leaving the country. Another horrifying video appeared to show two Afghans falling from the sky after desperately clinging to a military plane as it took off.

At least 20 people have died in last week near the airport, a Nato official said on Sunday. 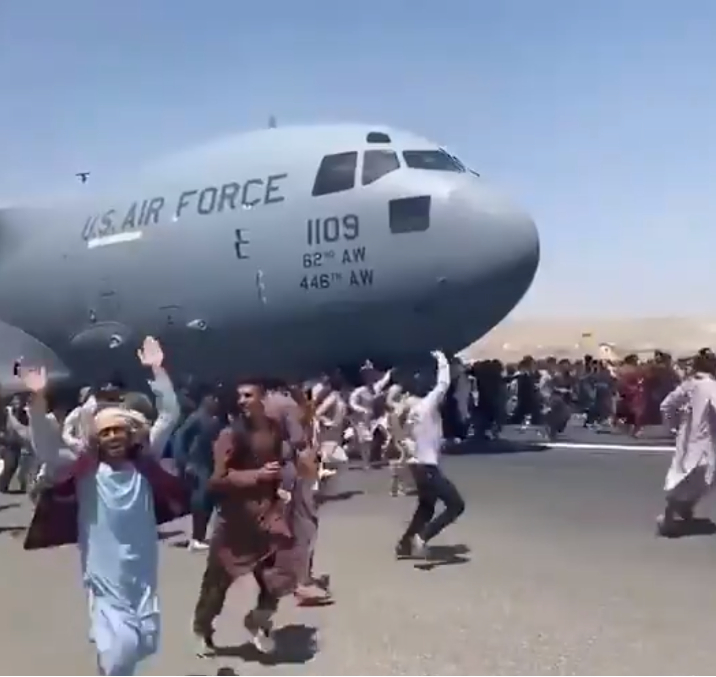 Screenshot from Twitter showing people run on tarmac of Kabul airport as plane attempts to take off (Source: The New York Times)

The country is in chaos, but for the women and girls in Afghanistan, the future is particularly terrifying.

A Taliban spokesman said on Monday that under the Sharia law, women would be allowed to work and study. "We are committed to women's rights, to education, to work, and to freedom of speech, in the light of our Islamic rules," said Suhail Shaheen.

But when the Taliban was in power 20 years ago, women were not allowed to study, work, and hang out without the company of a male chaperone. They have to wear head-to-toe burqas. The punishments for violating these rules were brutal: women were beaten for attempts to study and stoned to death if were found guilty of adultery. 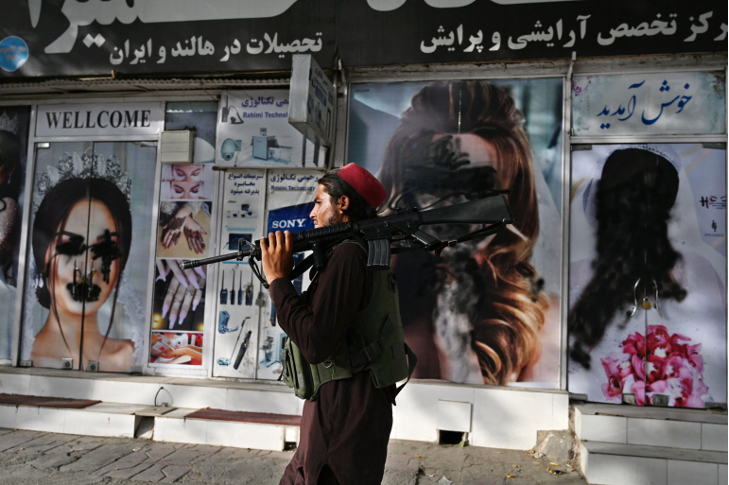 "Everything that I have worked so hard to build as a filmmaker in my country is at risk of falling," Sahraa Karimi, the first female president of the Afghan state film company, wrote in an open letter calling for international attention on the Taliban's takeover of Afghanistan.

"If the Taliban take over they will ban all art. I and other filmmakers could be next on their hit list," she wrote.

A translated Chinese version of this open letter circulated on Chinese social medias and was reposted widely. But it has soon been deleted by the official WeChat platform due to "violation on certain regulations".

Chinese state media attempts to describe the Taliban as “people’s choice”, probably a sign Beijing is in support of the Taliban-led government, which has received criticism. “The situation in Afghanistan has already undergone major changes. We respect the will and choice of the Afghan people,” said the Chinese Foreign Ministry on August 16.